Easter is just around the corner! Crochet these great hats for yourself and your daughters!

Get your tissues ready, no not that kind of tissue silly, this isn't a tear jerker.  I'm searching sewing patterns modern and vintage to find the looks featured in classic films. Although it might not be possible to duplicate the exact look, I'll show you how to easily mimic the feeling of the style. Soon you'll see that a silver screen wardrobe is only a pattern away. 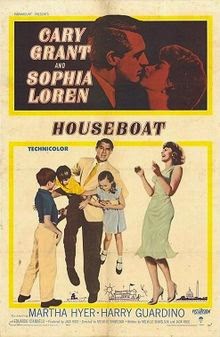 A 1958 a romantic comedy about Tom Winters, a widower who makes up his mind to raise his three busy children on his own. In comes Cinzia taking on the role as a live-in nanny and housekeeper, when she is actually an Italian socialite. Much of this fun and mayhem takes place on a rickety old Houseboat. 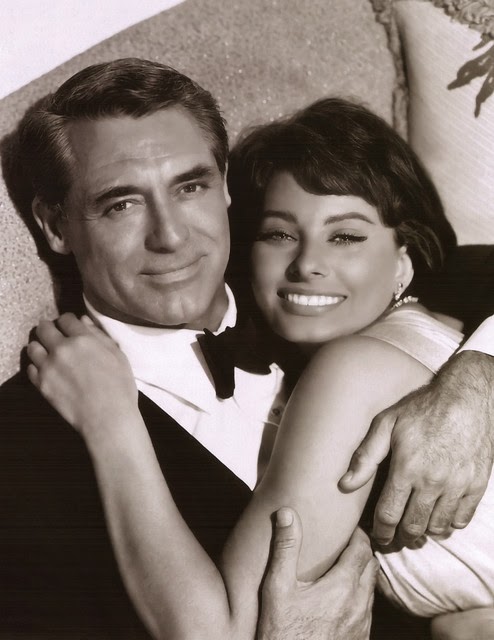 Two years prior to filming Houseboat these two met during another production, a relationship began and Cary Grant who was 30 years her senior and already in his 3rd marriage, proposed to Sophia Loren.   She turned him down, their love affair was brief but their friendship continued throughout their lives.


Costume Designer:  Edith Head
"What a costume designer does is a cross between magic and camouflage. We create the illusion of changing the actors into what they are not. We ask the public to believe that every time they see a performer on the screen he's become a different person." E.Head
Here she is during a fitting on set for Houseboat.
Considering that Sophia Loren's height was a bit under 5'9 and sporting a 24 inch waist, Edith Head was a very petite woman. 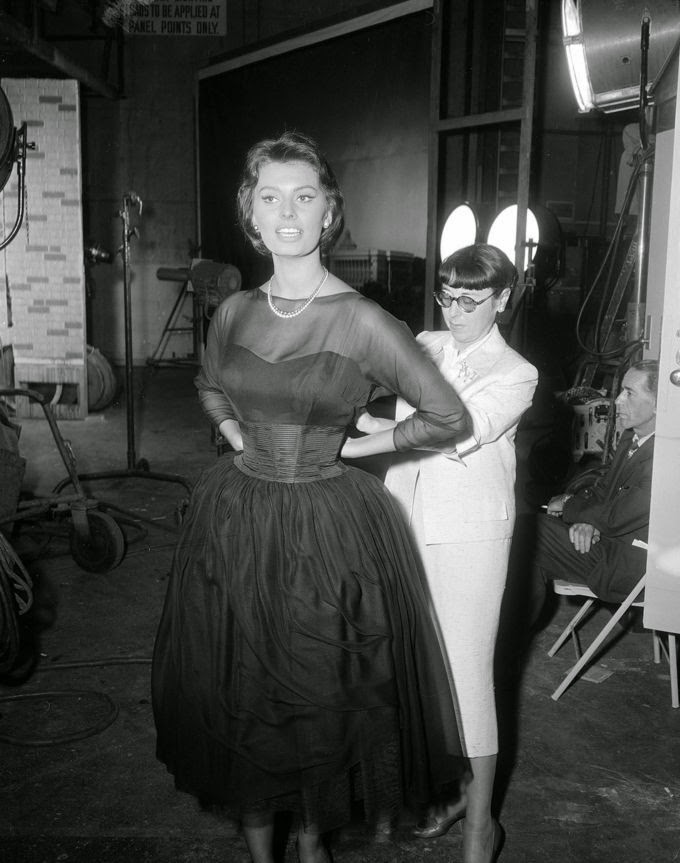 With Edith Head as the film's costume designer, it's no surprise that Sophia Loren had some amazing fashions. 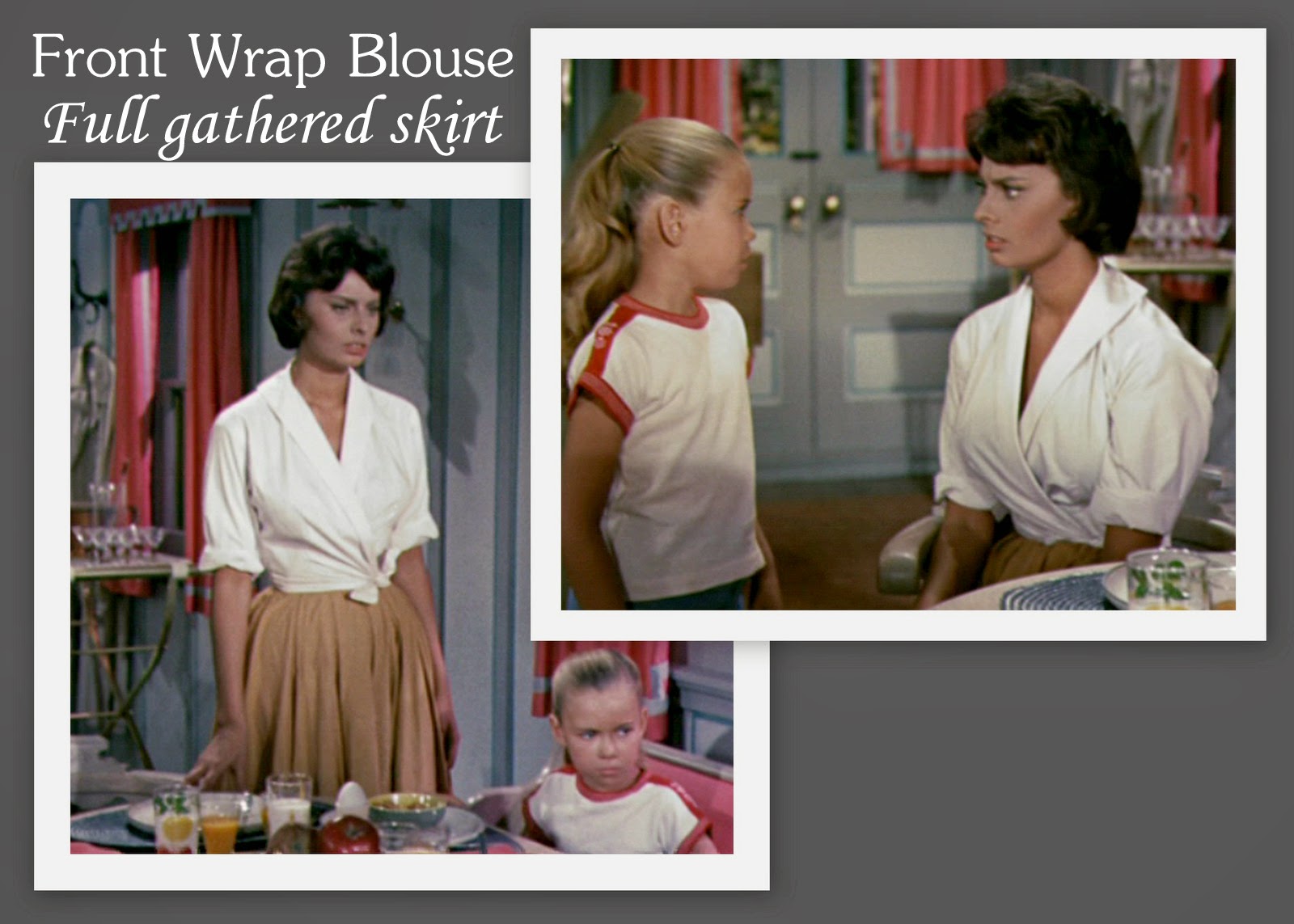 Nothing so fabulous as a perfect crisp white wrap blouse! Kind of like wearing that special guy's white suit shirt, tied tight at your waist. 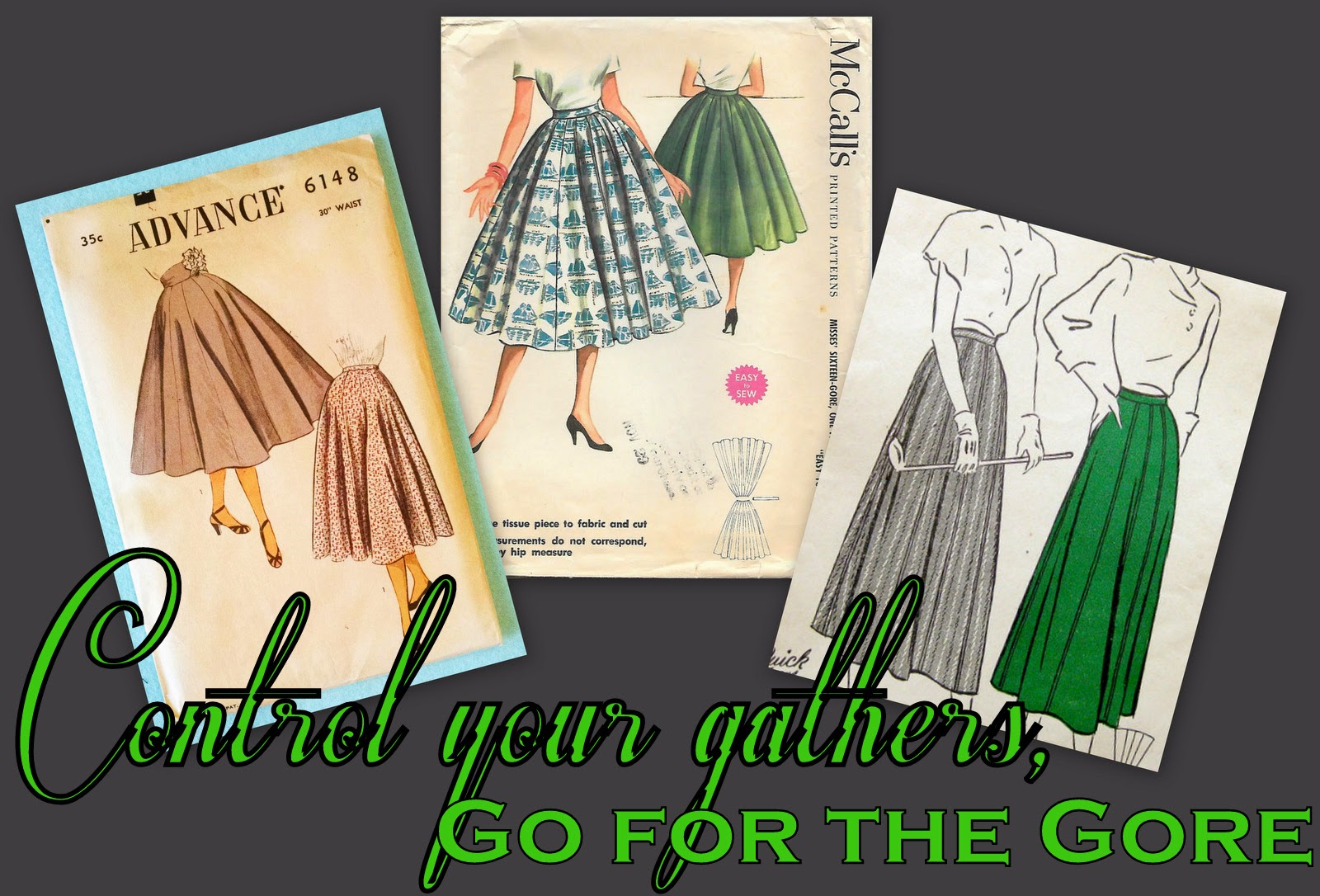 Advance 6148 ClairebearToo McCall's 3553 GrandmaMadeWithLove Butterick 4622 SelvedgeShop
All those skirt gathers sit lovely on Sophia Loren's curves, but try for a more controlled sense of volume, 6, 9, 12 gores should do it.
No, I'm not talking about a HORROR FILM about GLOBAL WARMING!
totally different gore on Gore...
gore: noun  :  a tapering or triangular piece (as of cloth in a skirt)

Sophia Loren did not win an Oscar until 1962 for her role in "Two Women".  She did give that old gold guy a run for the money in this gorgeous gold gown. 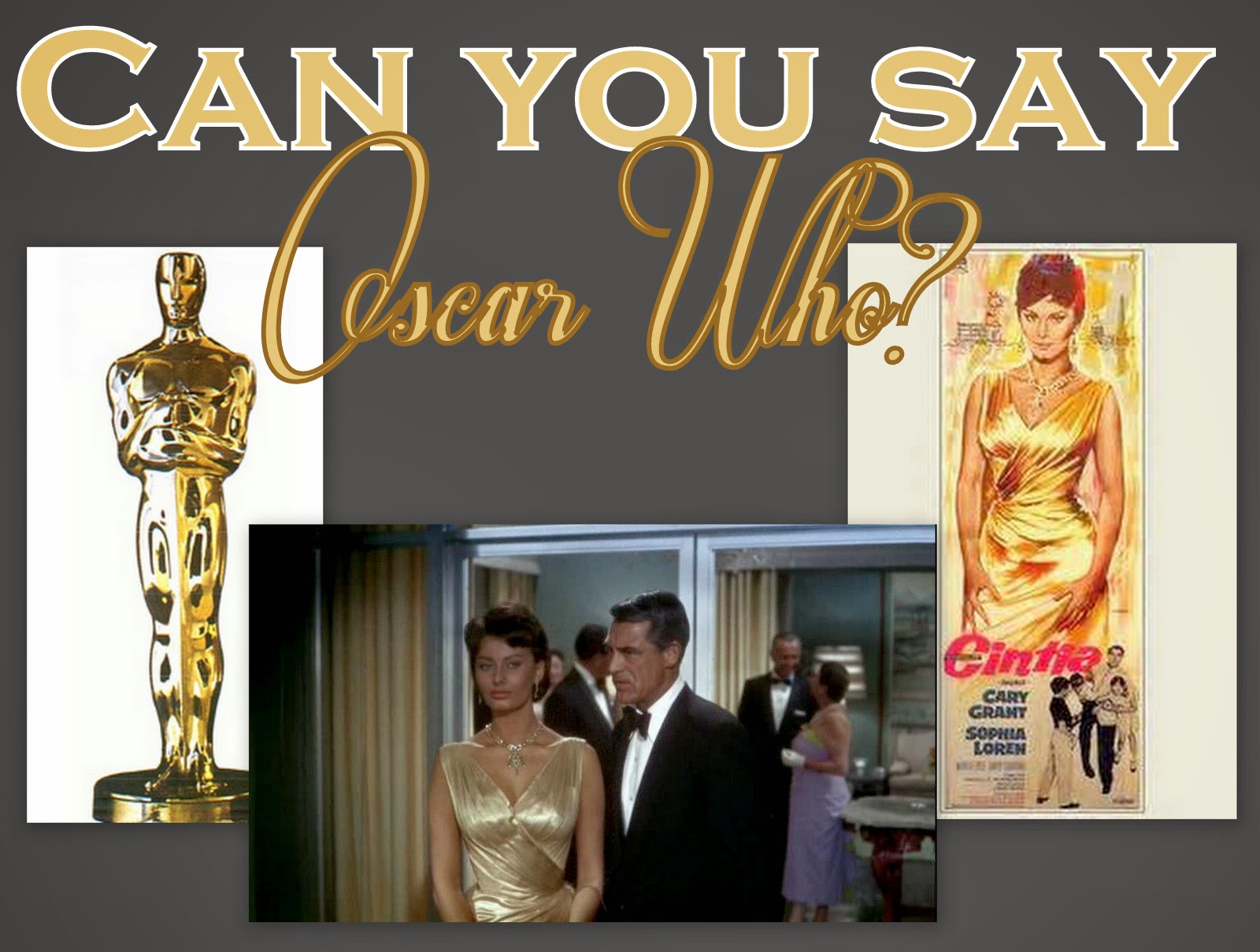 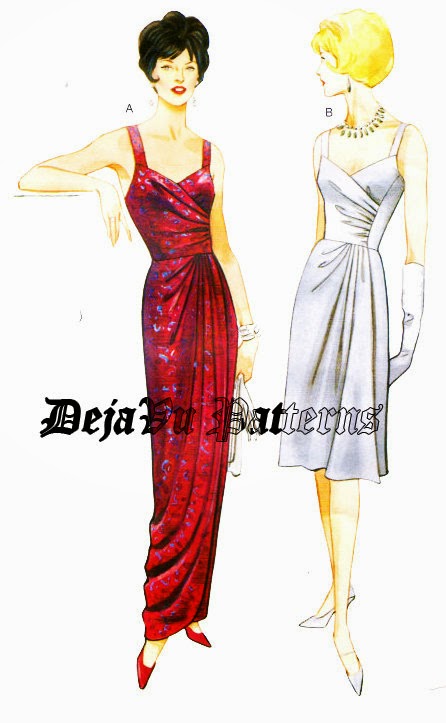 AND THE WINNER IS>>>
although this isn't an exact match, this pattern has the right bust structure to give the look that Sophia Loren has all on her own.  Nothing wrong with getting a little structure help.
Vogue 2372 DejaVuPatterns

ON that note...
Before we go any further...
Let's talk about about some support- getting that shape (or ummm close to that shape, or even not so close, OK  in the same zip code as that shape) it is going to take more than a pair of spanks or a push up bra.  We are talking structure here, under garment structure. With the proper undergarments 1950s fashions sit, fit, flow, and flare much better. 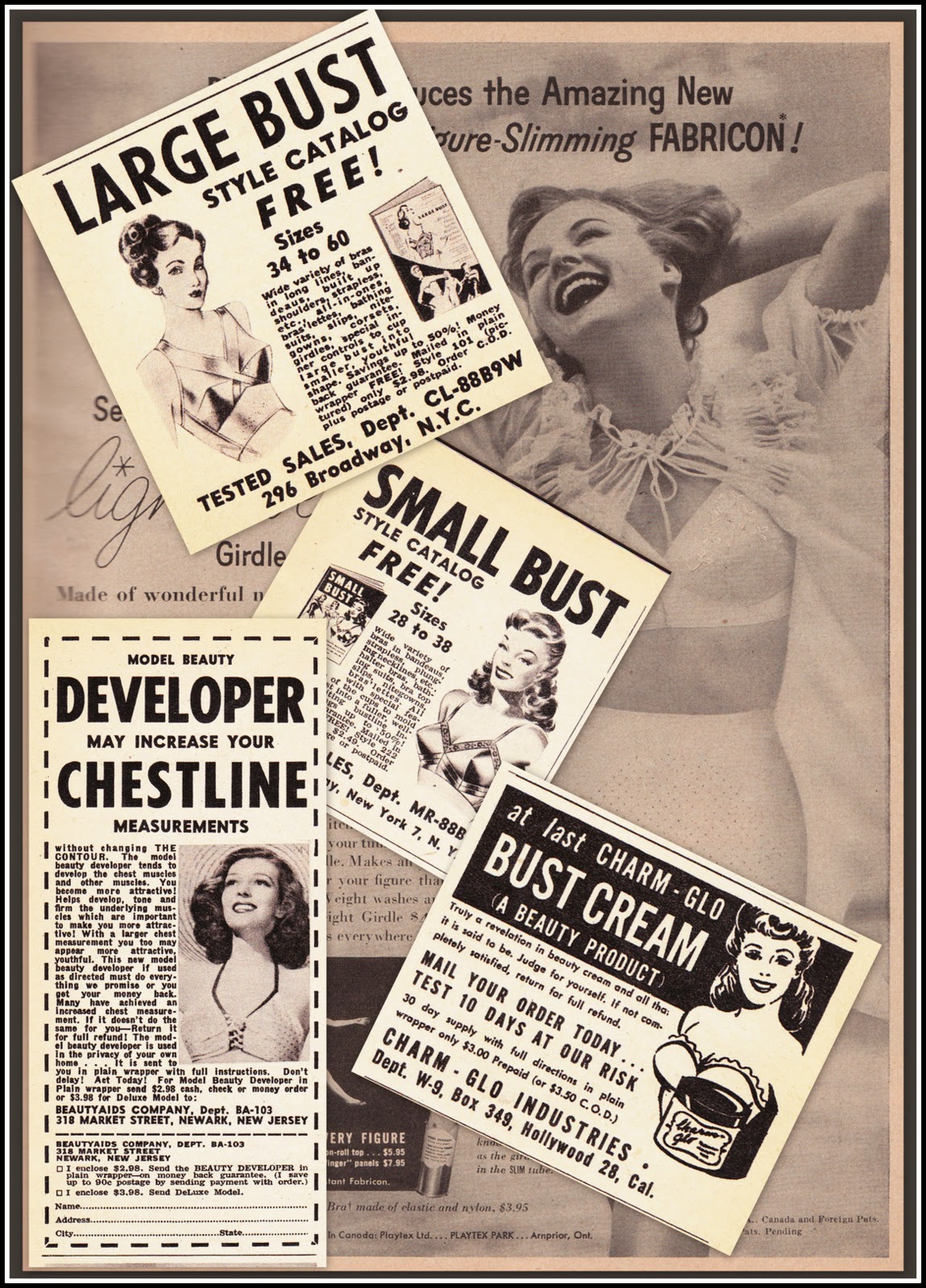 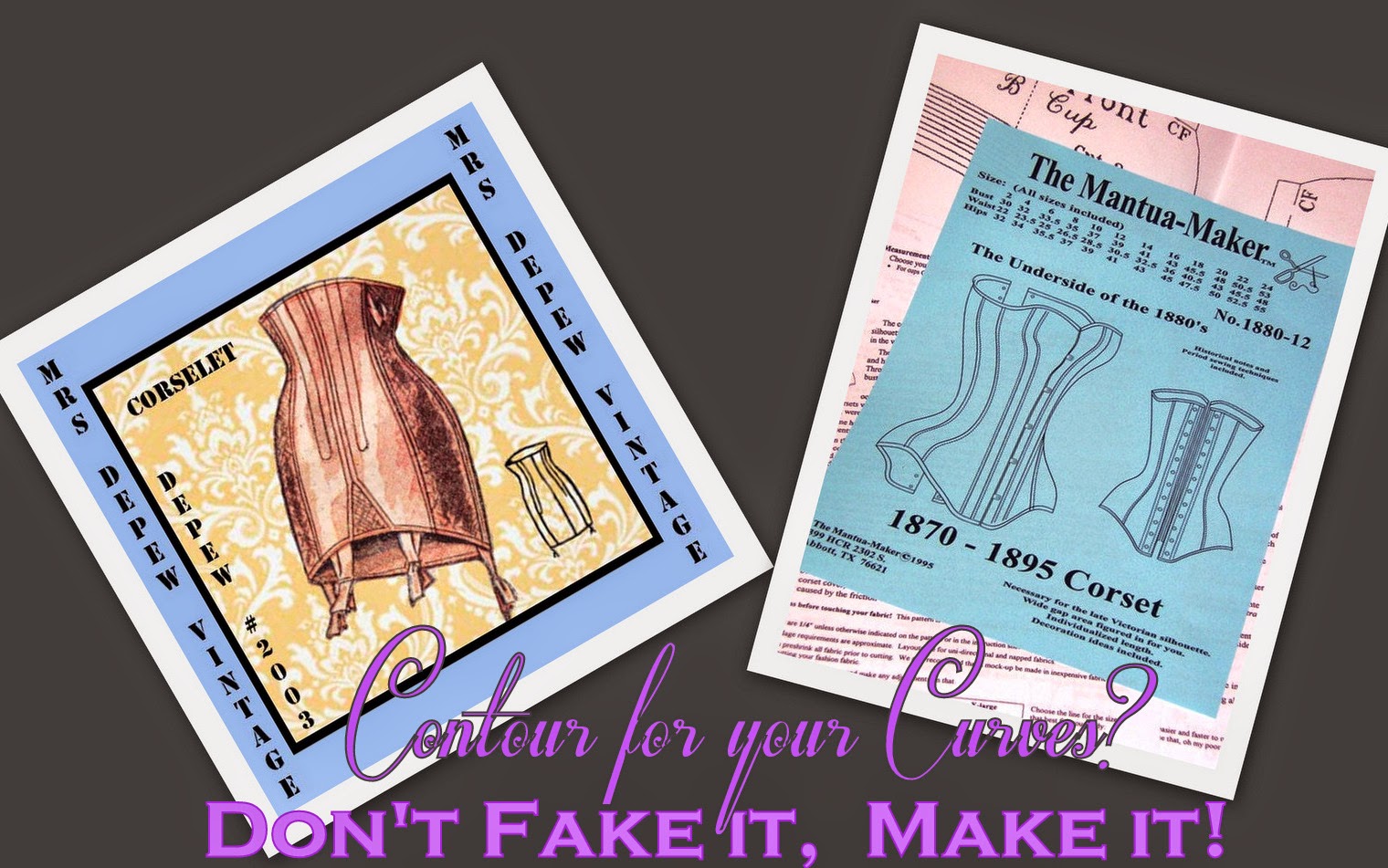 But never mind not that, a BASQUE Waist!
A basque is an item of women's clothing. The term, of French origin, refers to a type of bodice or jacket, and in modern usage a long corset, characterized by a close, contoured fit and extending past the waistline over the hips. It is so called because the fashion was adopted from Basque traditional dress, initially by the French and then throughout Western fashion. (thanks Wikipedia!)
I also love the term Torsolette--it's fun to say, like saying Toulouse-Lautrec. Okay! So, Back on track
That's what I'm talking about! 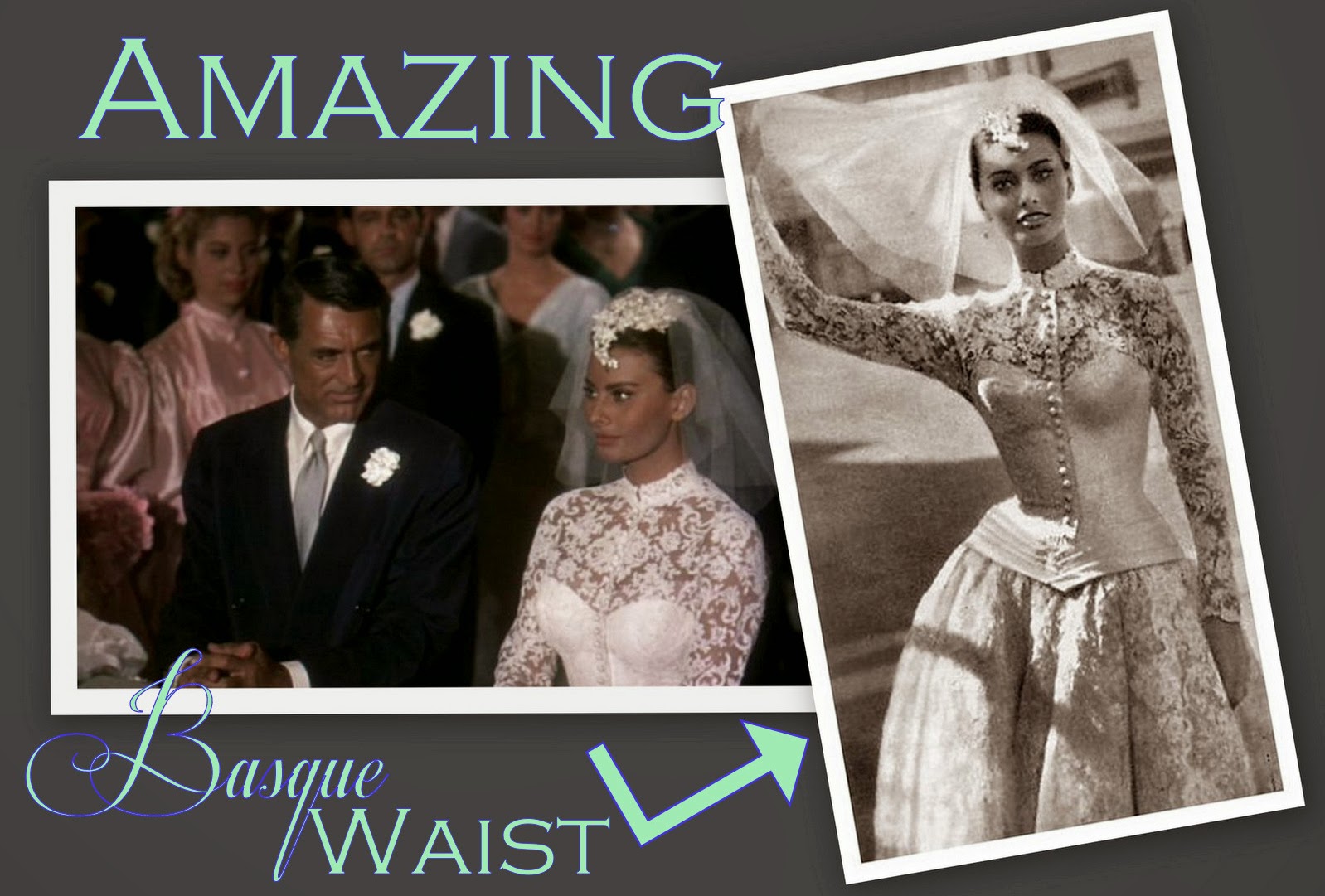 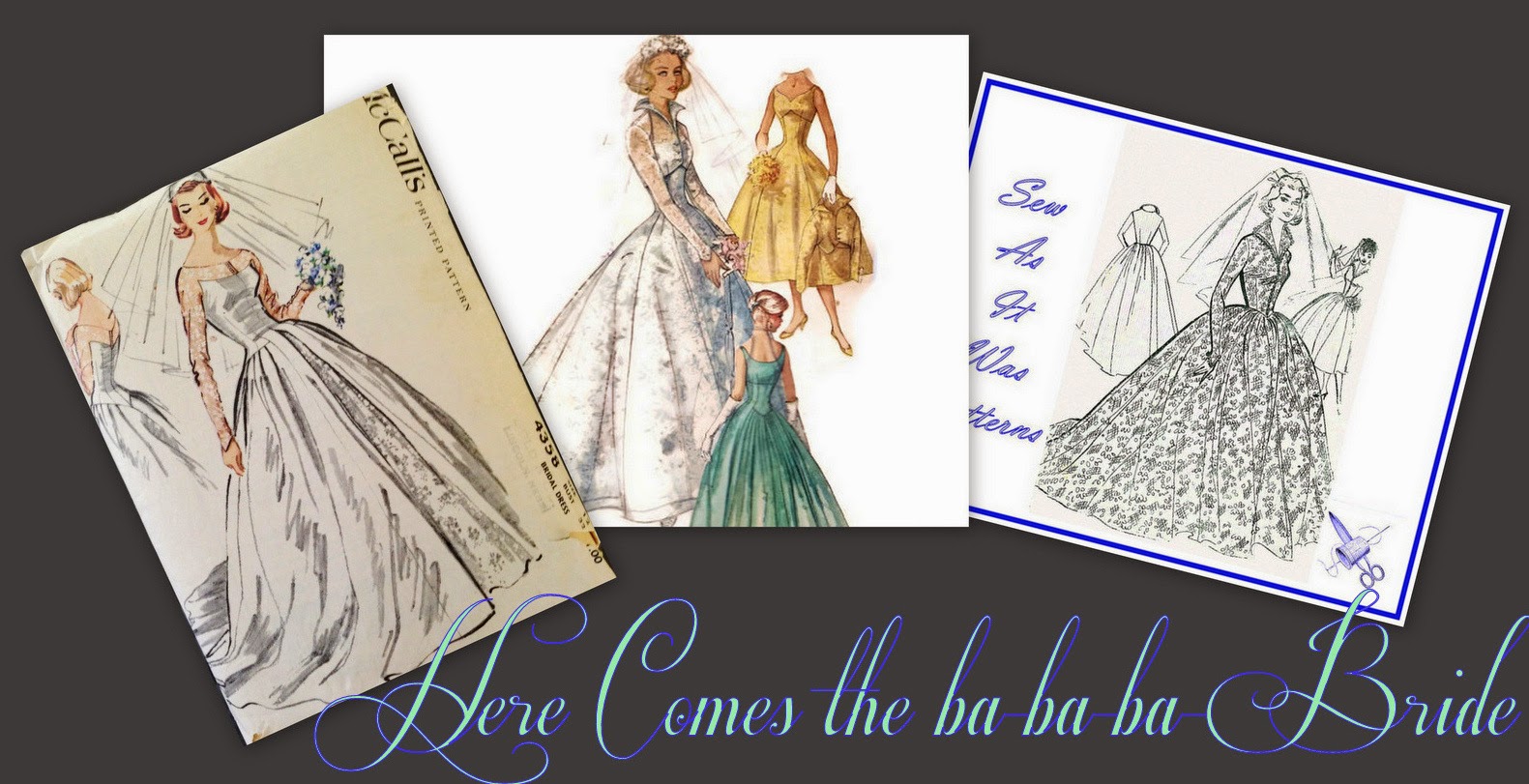 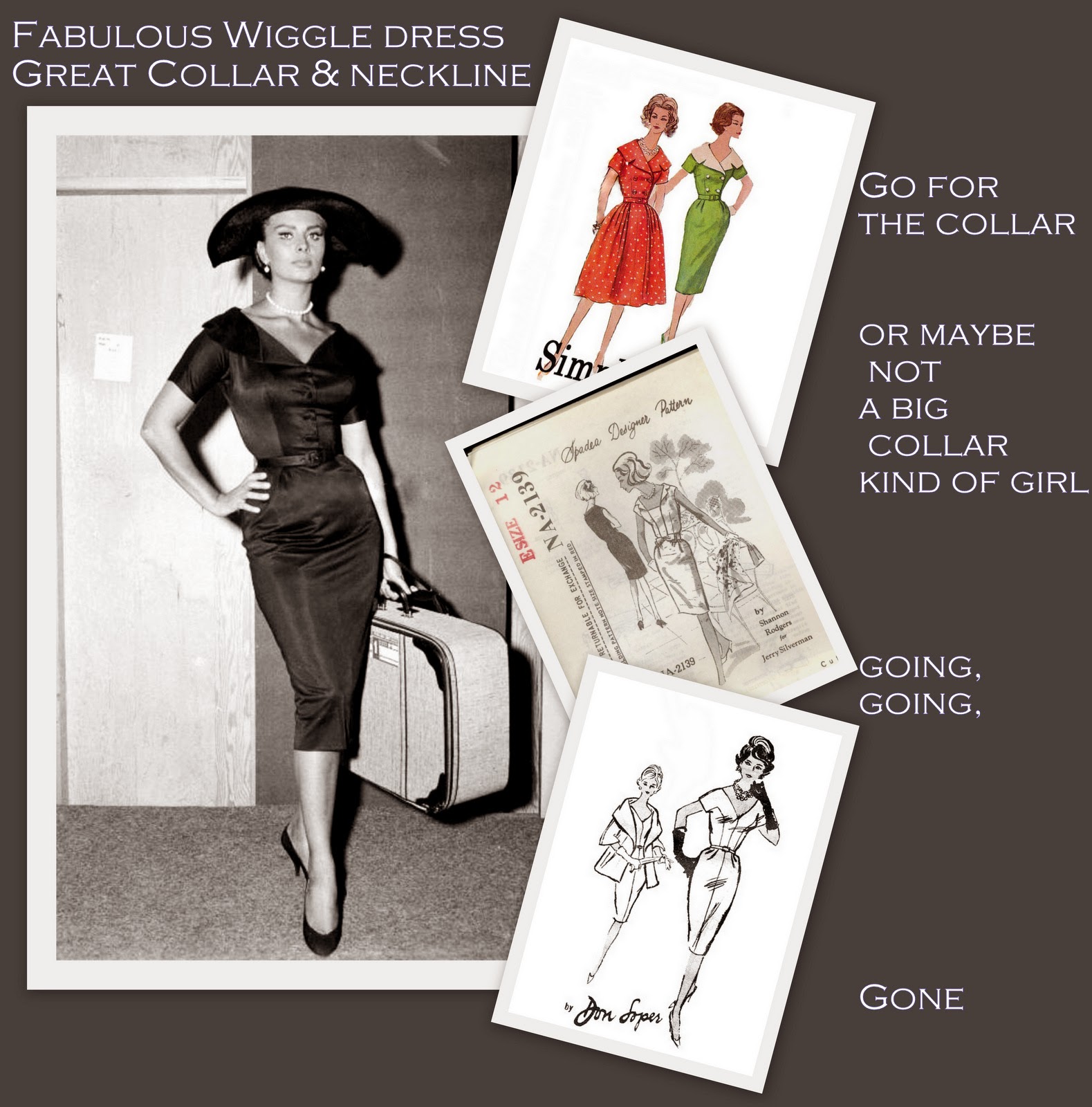 Simplicity 3443 ViennasGrace  Spadea 2139 VintagePatternsCo1
Prominent Designer A678 retromonkeys
Here are a few other stand out looks from the film. 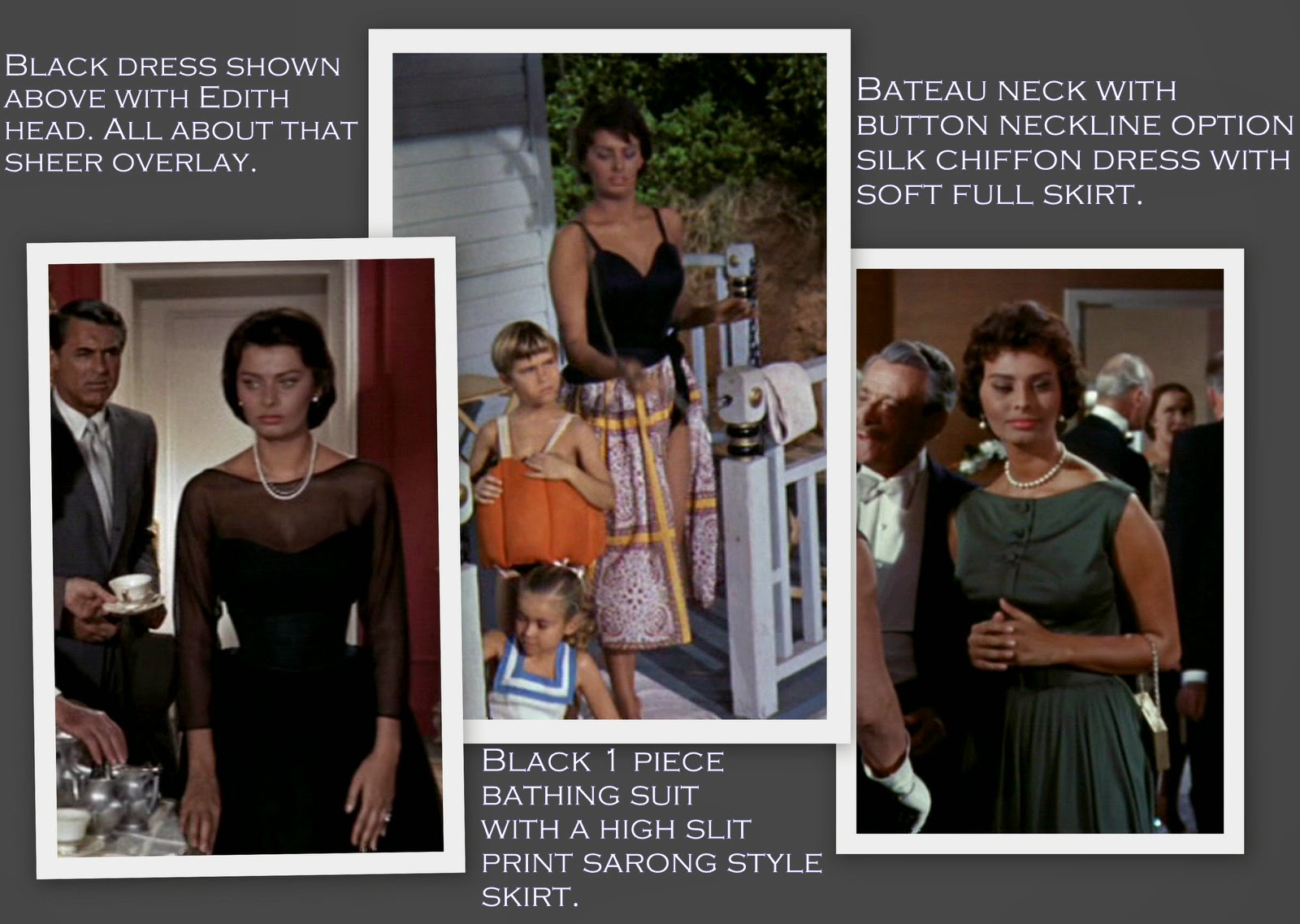 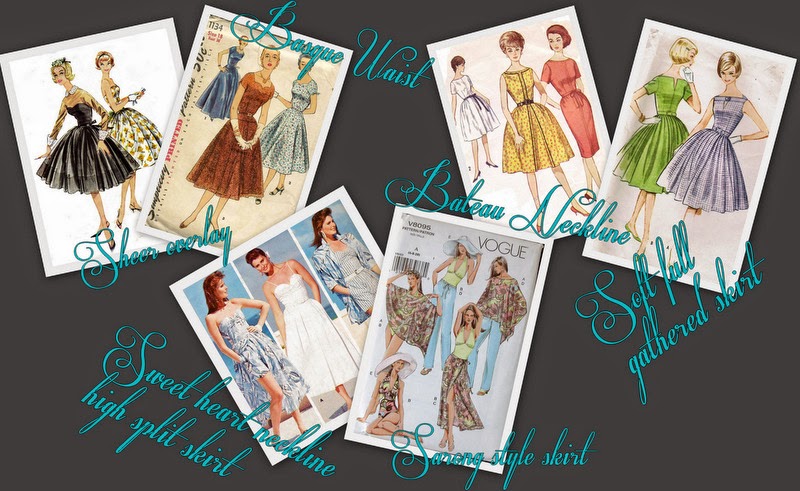 McCall's 5020 allthepreciousthings    Simplicity 1134 sydcam123
Butterick 5672 CarolsTagSale    Vogue 8095 FoundAlchemyPatterns
Simplicity 4388 CloesCloset    McCall's 5784 kinseysue
How can you get all this style into your closet? I told you,
pull out your tissues! Pattern tissue that is, go sew it girl! 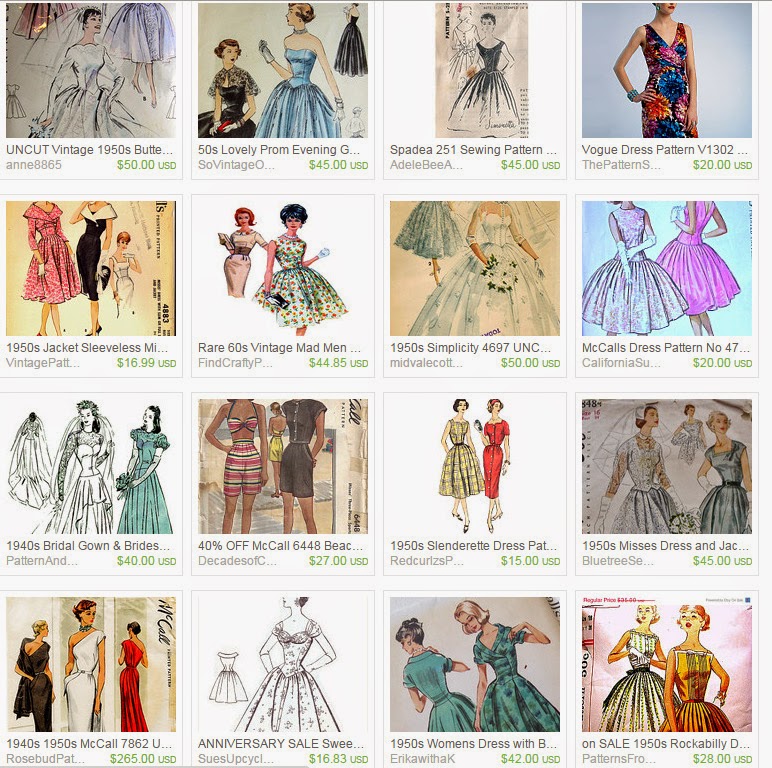 Here's another treasury inspired by Houseboat, featuring some Pattern Patter Team Vintage Sewing Patterns, designed by Edith Head, along with other fun Etsy finds.       Click here to view this treasury on Etsy 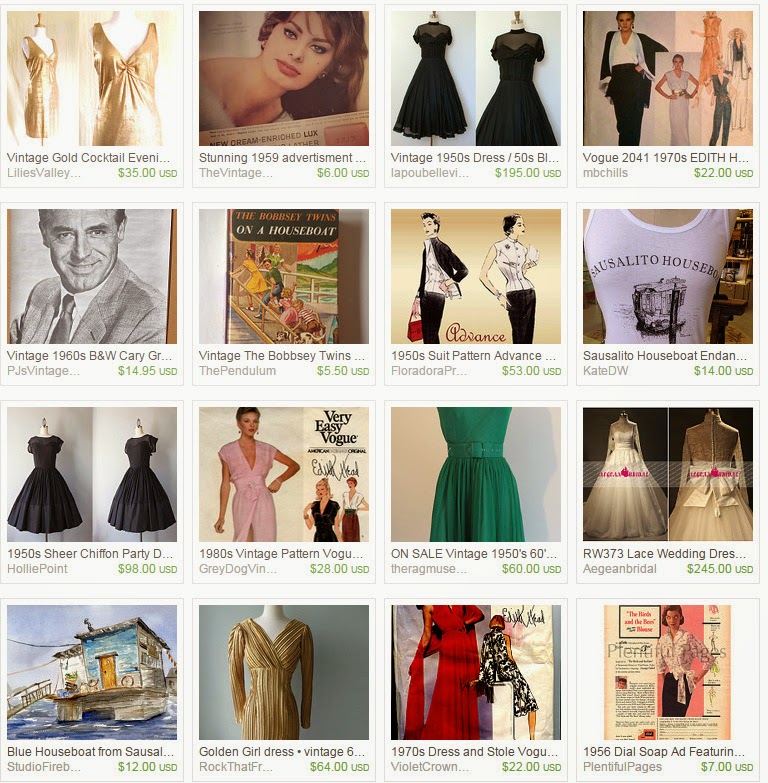 Do you know a Spring Bride?

She will love this hanger and heart shaped sachet! Simple to make using more of those scraps!
Are you going to be a spring bride? Make them for your bridesmaids! Hangers to match their dresses!


Originally published by The Spool Cotton Company ©1942, Gifts you can Sew


And the Winner of the Mantua Maker Corset Pattern Package is…..

Stay Tuned for upcoming Free Patterns and more Giveaways!
Posted by MrsV at 12:04 AM 7 comments:

The Winner of the
Historical Sewing Giveaway!

Just for travel? I don't think so! As great as these slippers are for packing, they are also great for everyday. Make a few pair to match your favorite Pj's! Great for gift giving too! Scrap-buster!!
Click HERE for pattern!

Do you love historical costumes? Check out this great giveaway from members of the Pattern Patter Team on Etsy!

One of our Members donated two of her great corset patterns. The rest of us filled in with fabrics and notions, some fun Salesman Sample fabric swatches,  and a Folkwear "Calico Day Dress" patterns too! Check out the pictures below, enter to win through Rafflecopter, and visit our shops!


Yoked dress is loose fitting as this is the dress worn before they were strapped into those corsets!

Fabric samples are in chipboard folders. Each card (3) has one main picture with color options on facing.


Enter Below for your chance to win this amazing collection of sewing patterns, fabrics, and notions!

Enter by February 16th 11:59 PM to be eligible to win!
Rules for entry - Entrants must be residents of the United States and be 18 years of age or older. Former and present members of the Pattern Patter Team and their families are not eligible to enter. To Read all of the Giveaway Terms & Conditions, Click on The "Blog Policies" tab.