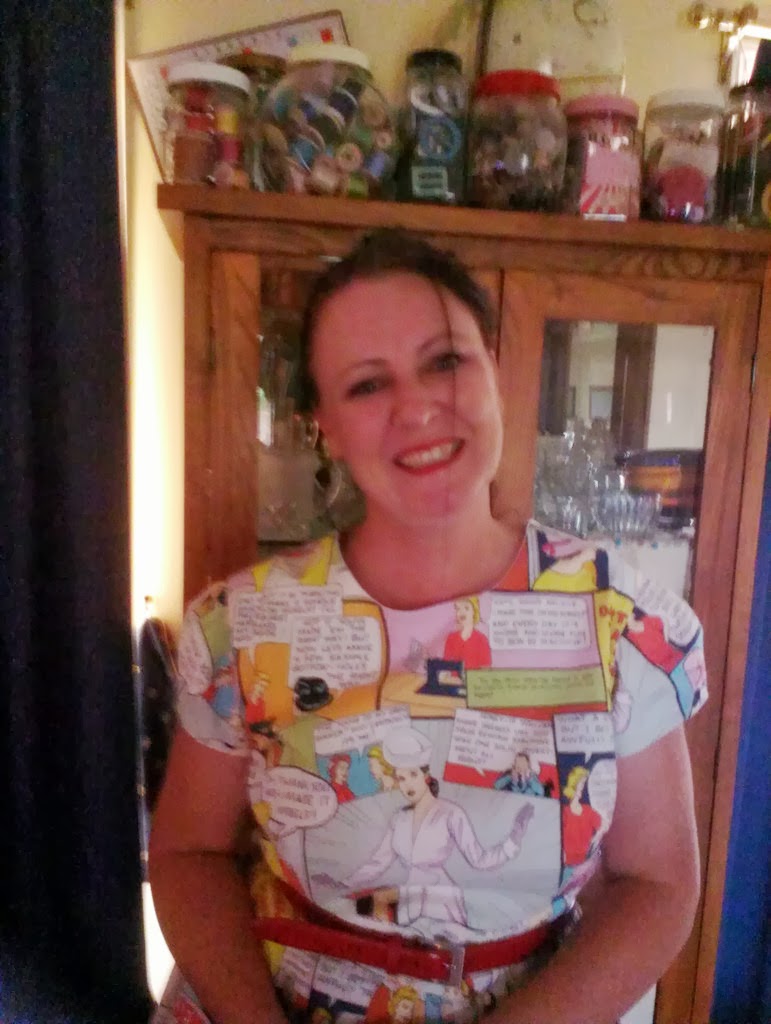 For those of you who don’t know me, this will be an introduction, and for those that have known me online (or met me in person), it’s a little bit more about my world.

My name is Lynda, and I live in Sydney, Australia. I started selling vintage sewing patterns here on Etsy in 2009, but my dual love affair with all things Vintage and Sewing has been going on for as long as I can remember.

Puttering around my Great Grandparent’s home in the Blue Mountains (near Sydney) was one of my earliest memories. To a small child, it seemed like the house was filled with beautiful antiques and vintage curiosities – some of  which, I’ve inherited. My Grandmother’s sewing room was a favourite place to spend the day, watching her sew, and playing with her buttons, fabrics and ric rac. My mother taught me to sew as a child, and I still sew most of my own wardrobe.

Just before I started here on Etsy, I discovered the thrill of “Op Shopping”, or “thrifting” as those in the US refer to it. Since then, I’ve started buying PILES of vintage patterns, most of which I sell through my shop, allthepreciousthings 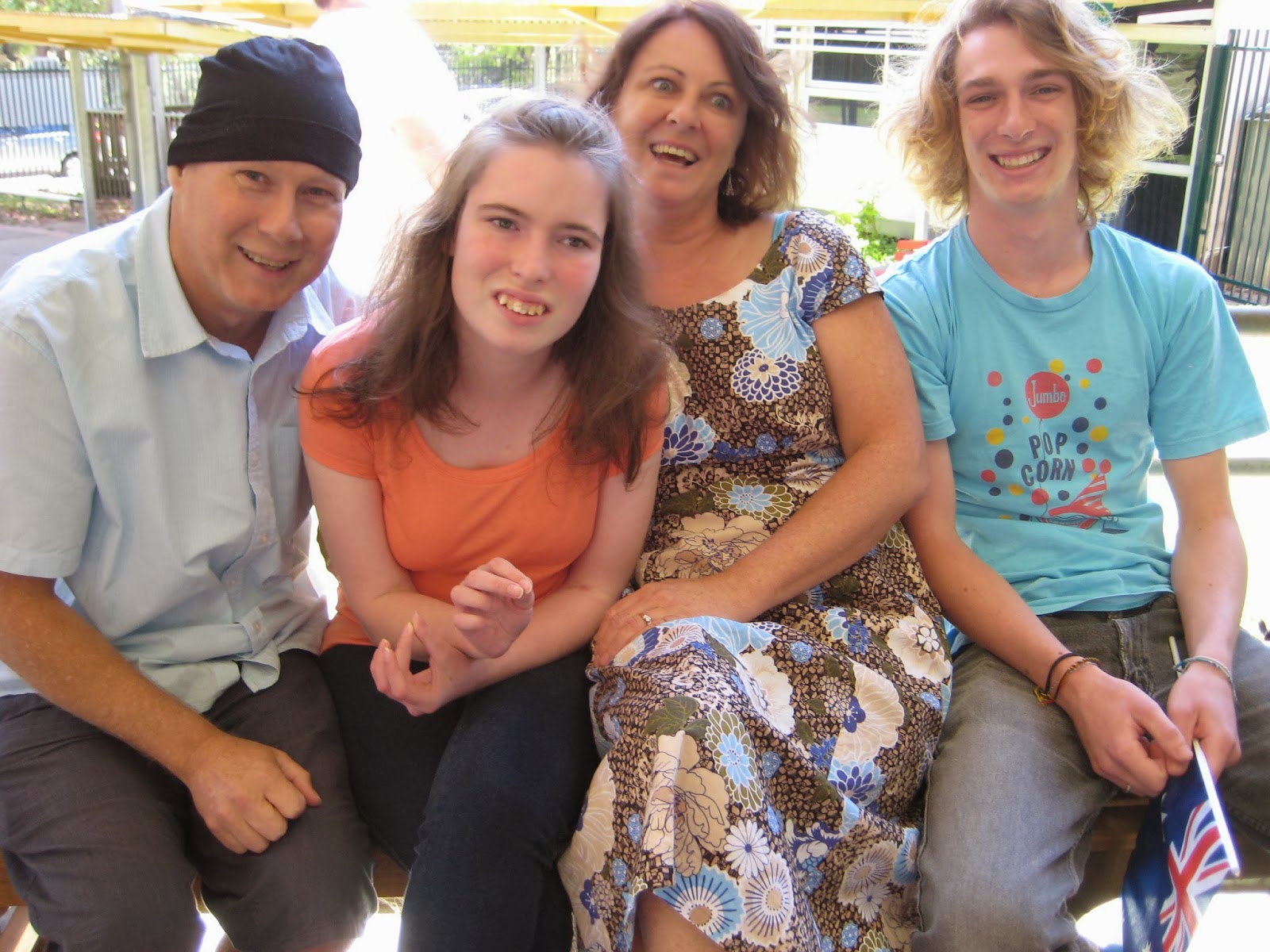 What started as a hobby has now become a small business, which has actually worked out very well for my unusual family situation.
My husband and I have been married for 28 years, and we have a son, 21 and a daughter, 19. Our daughter is severely autistic, has virtually no spoken language and has Epilepsy and a myriad of behaviour issues. I work part time in Sydney’s CBD at a breast cancer clinic, but my hours there are getting shorter and shorter because of my carer responsibilities at home. In 2011, my husband was diagnosed with Leukaemia, and has had months in and out of hospital with treatment including chemotherapy and a stem cell transplant. He is currently in remission, 1 year after his transplant.

Working from home, therefore, has become more and more important, as I snatch little pockets of “free” time when things are quiet.

Visits to the op shops are necessary for the shop, but also therapeutic.
Part of that therapy involves vintage collections.

I love admiring the things in my collection, but I also USE them!

Thanks for reading about me :) 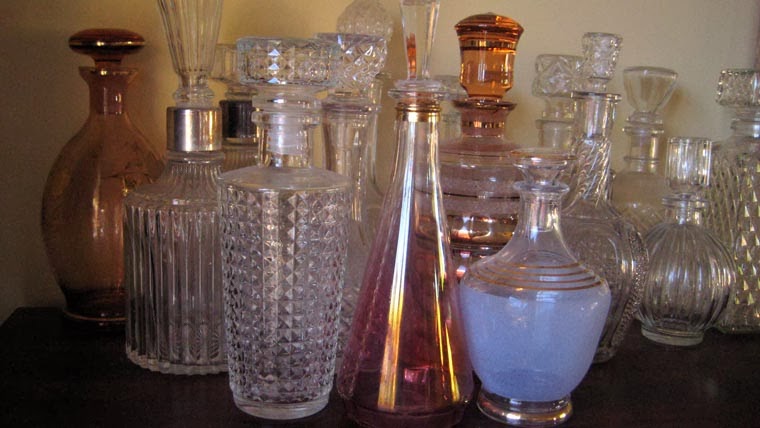 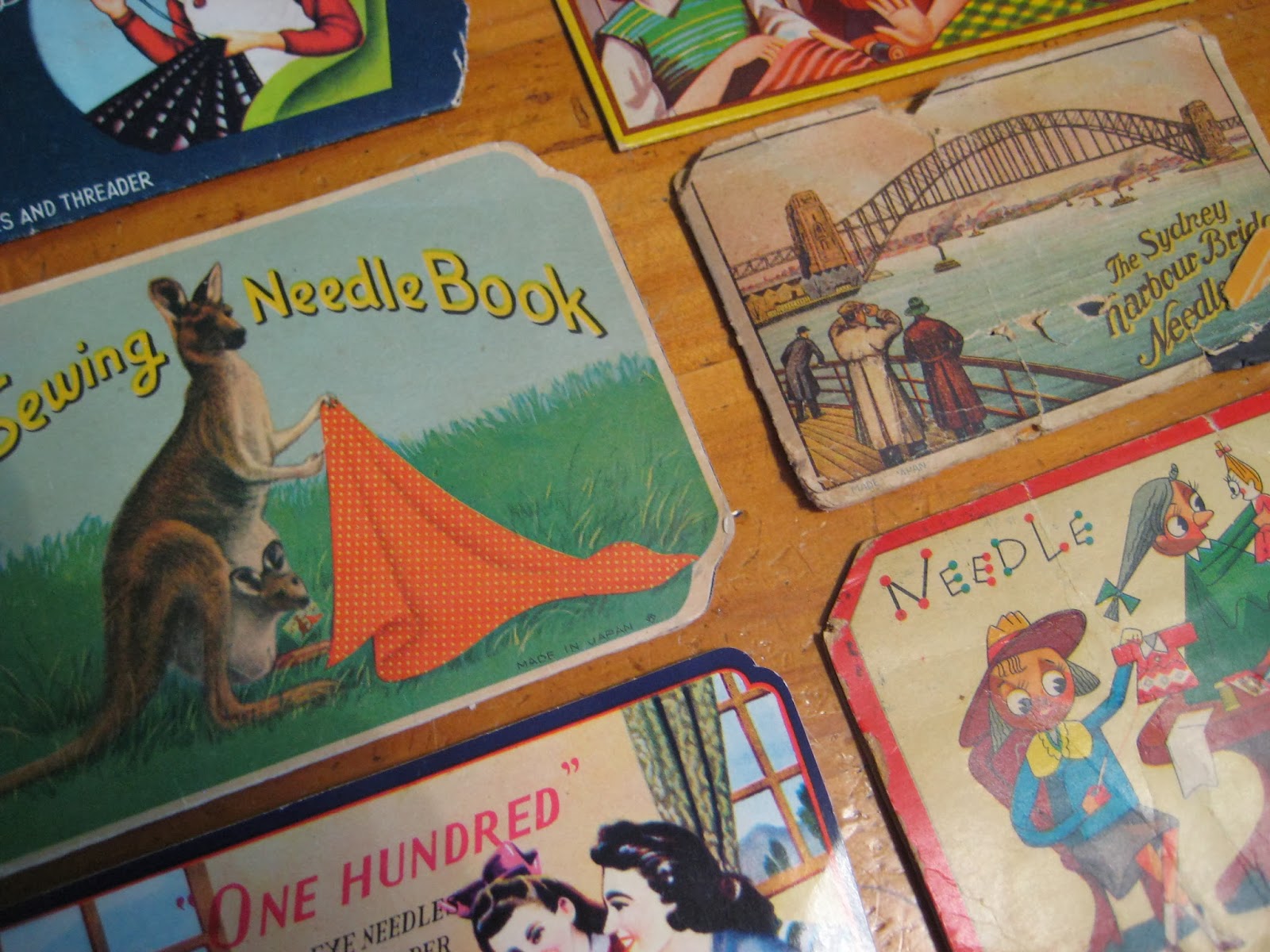 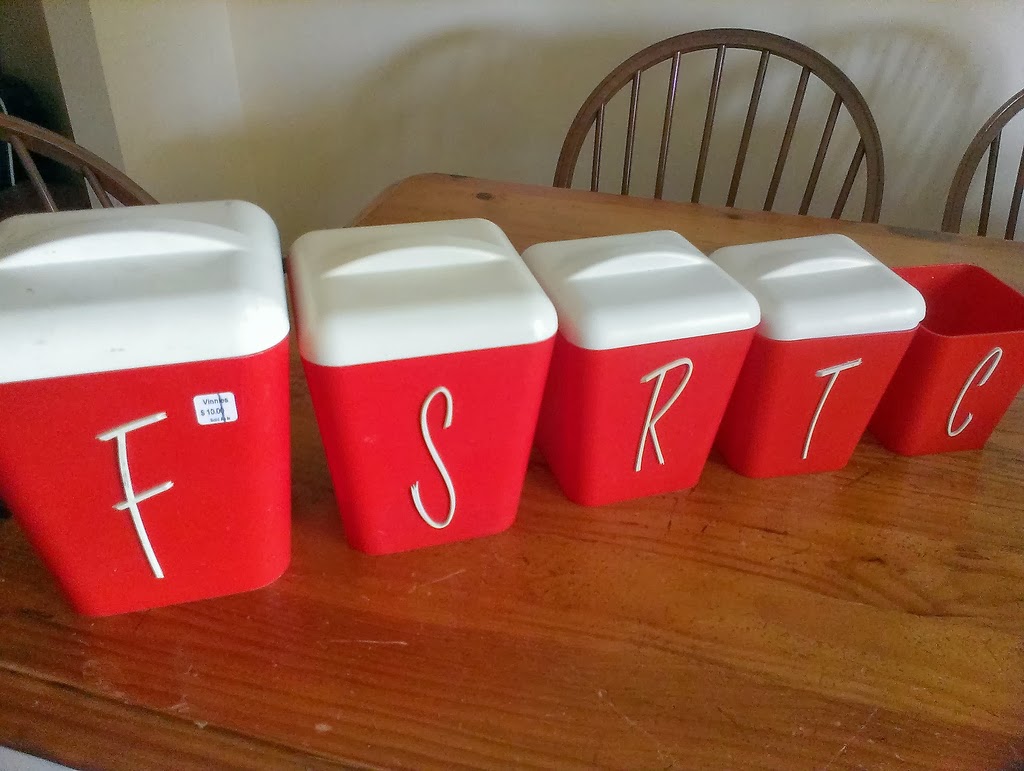 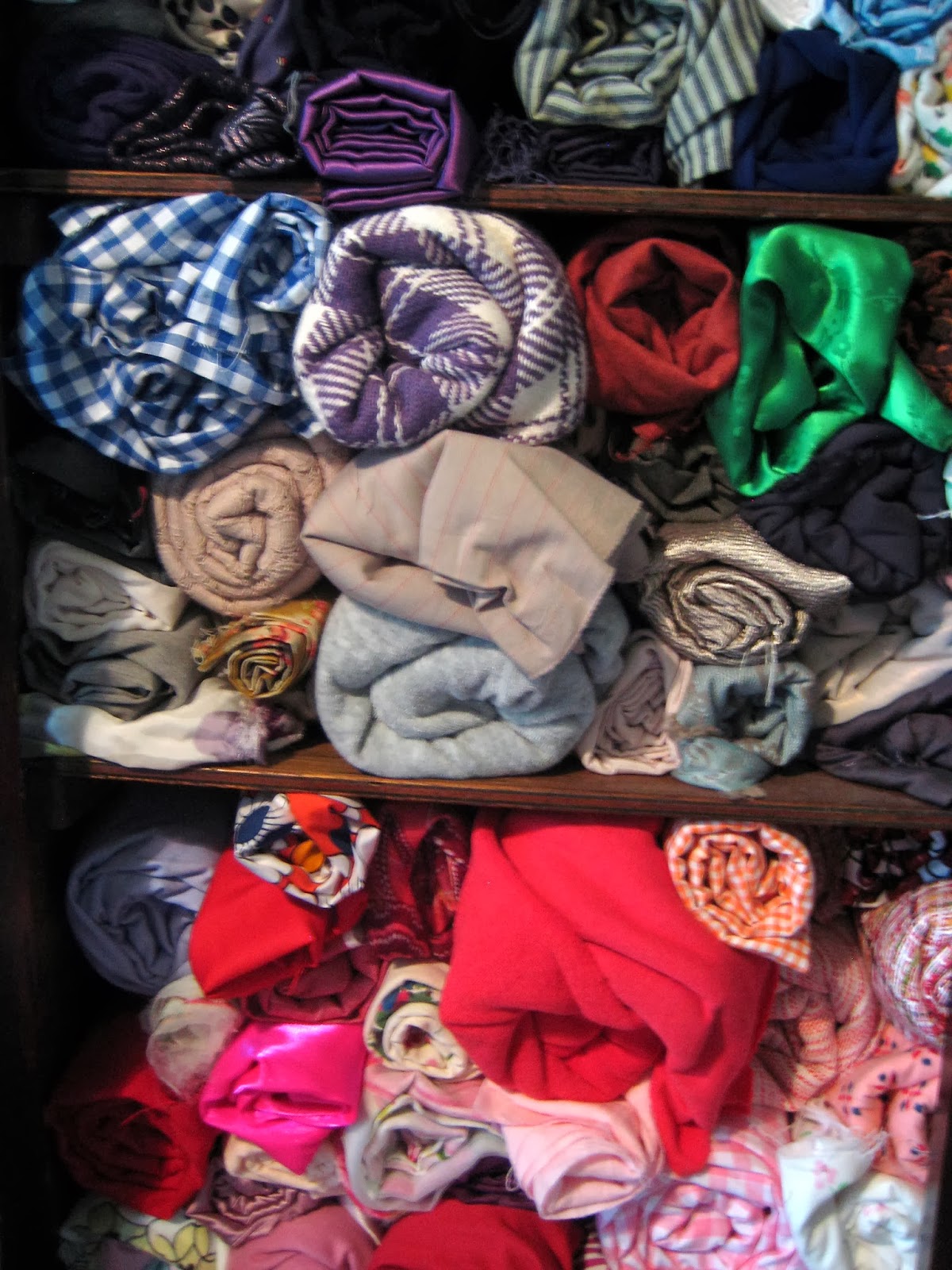 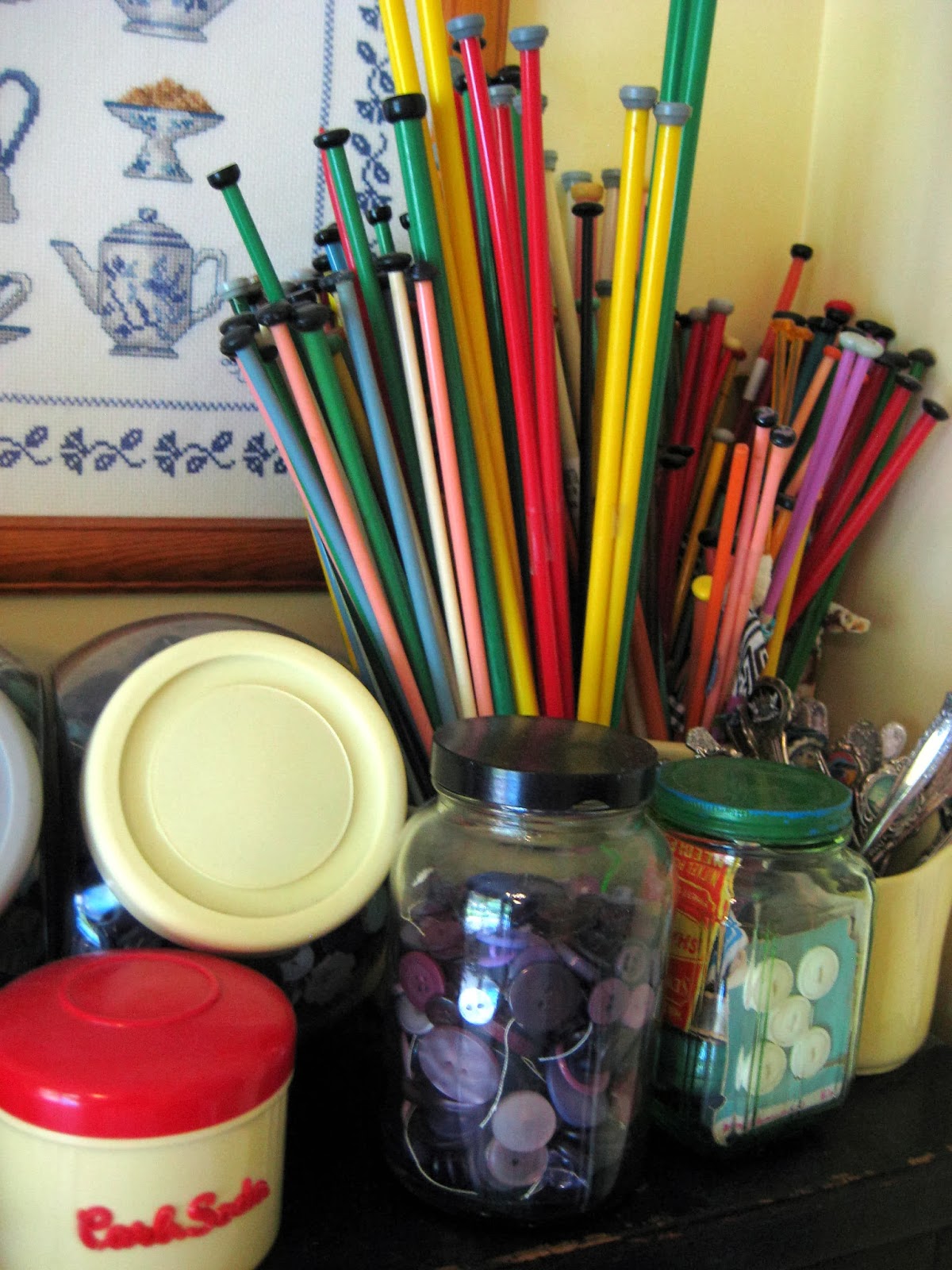 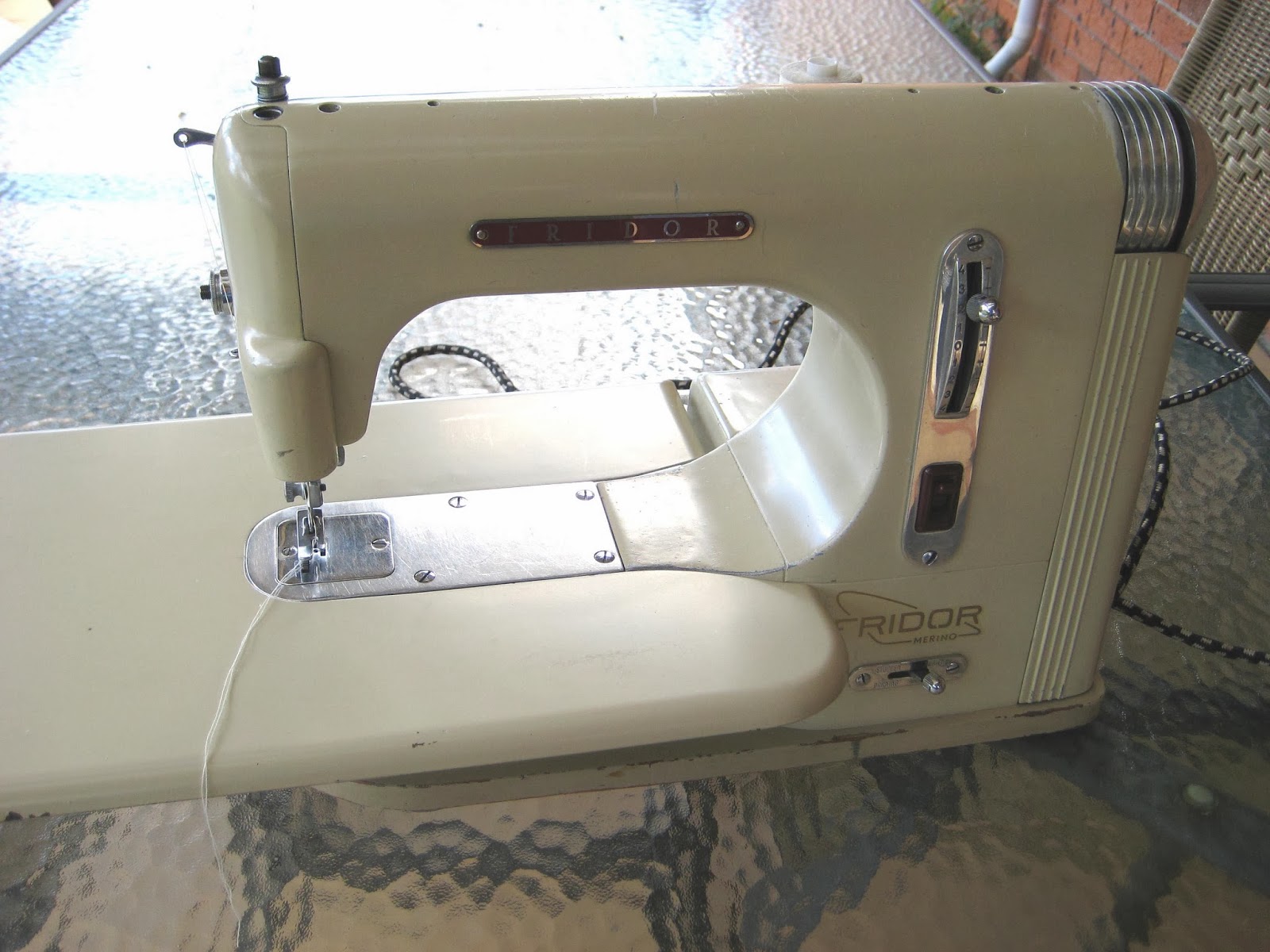 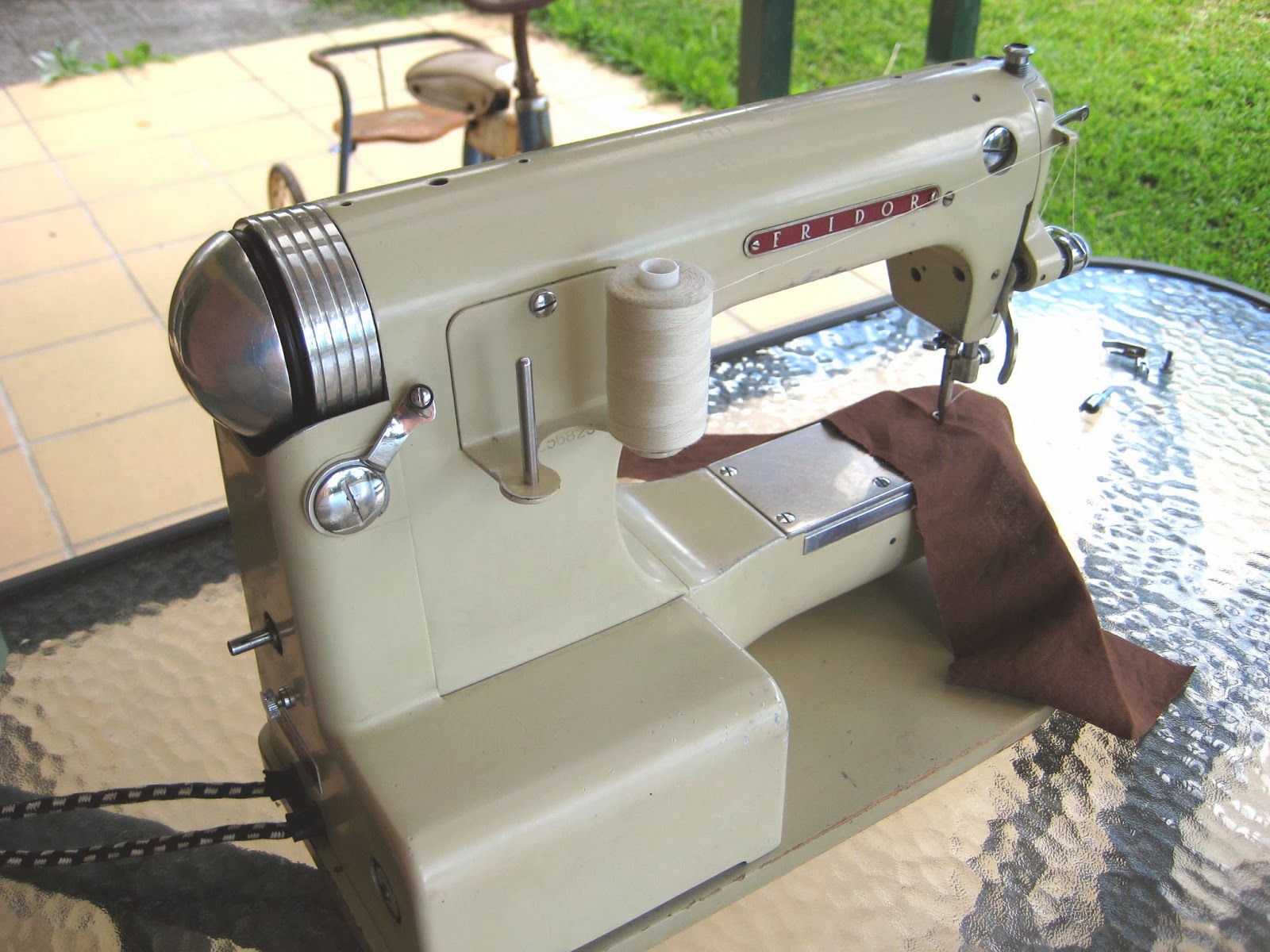 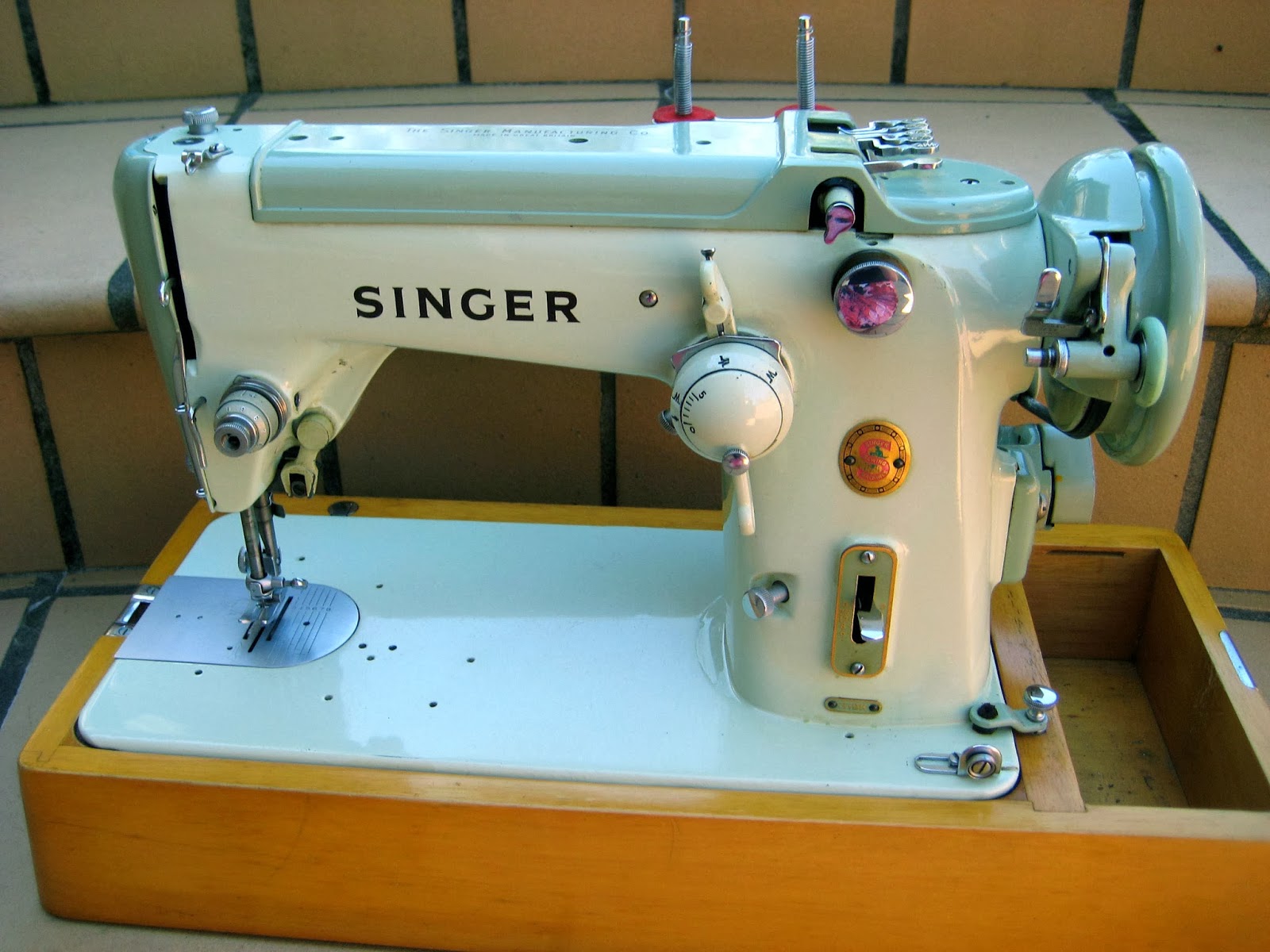 Focus On: Bed Jackets and Slippers

I sometimes imagine myself in my boudoir, sitting in front of my lovely dressing table wearing a lovely nightgown with a pretty bed jacket over it and some stylish slippers. The reality? A t-shirt and baggy cardigan sweater that was my dad's, worn with flannel pajama bottoms and mukluks (we don't have any heat!)--oh, and there is no dressing table either.

The slippers like the ones that can be made from these patterns obviously aren't really for keeping your feet toasty, nor are the bed jackets much use in warming up your shoulders--traditionally, knitted footwear and robes made of heavier fabric have more practicality. But look how pretty these are...or in the case of some of the slippers, delightfully quirky!

Slippers, obviously, are meant to be quickly put on and taken off, and they most likely evolved from sandals (worn outside) to footwear only worn inside, thus keeping the dirt on outdoor shoes from being tracked inside. The shape and form of the garment we now call a bed jacket was most likely first worn in the 19th century. Also known as a Manteau de Lit, or "short gown," it was a loose–fitting garment worn over a dress--not a coat (of heavy or stiff fabric, so not practical to be worn while doing work) or a cape (too voluminous), it was an overgarment often fastened with pins, not buttons.

In the twentieth century, these short lightweight garments evolved into lacy or sheer material primarily worn in the bedroom, usually atop a somewhat revealing negligee, as part of peignoir sets (peignoir literally means "something to be worn while one's hair is combed"). The bed jacket was frequently seen in films of the thirties and forties, worn by elegant stars such as Jean Harlow and Rita Hayworth (with boa-trimmed mules, perhaps?). Joan Crawford was infamously photographed wearing a bed jacket when she won her (only) Academy Award for Mildred Pierce in 1945. Miss Crawford claimed to be ill and so didn't attend the ceremony (some have speculated that she feared losing to Ingrid Bergman). She did win and accepted the Oscar--an acceptance documented by the press, who happened to be at her house--in bed in full makeup and a bed jacket, of course! You can see her here.

Want to make your own slippers and bed jacket? Here are some lovely patterns from the Pattern Patter team to get you started--including the classic bunny slipper!

(Pls. click on the images to make them larger.) 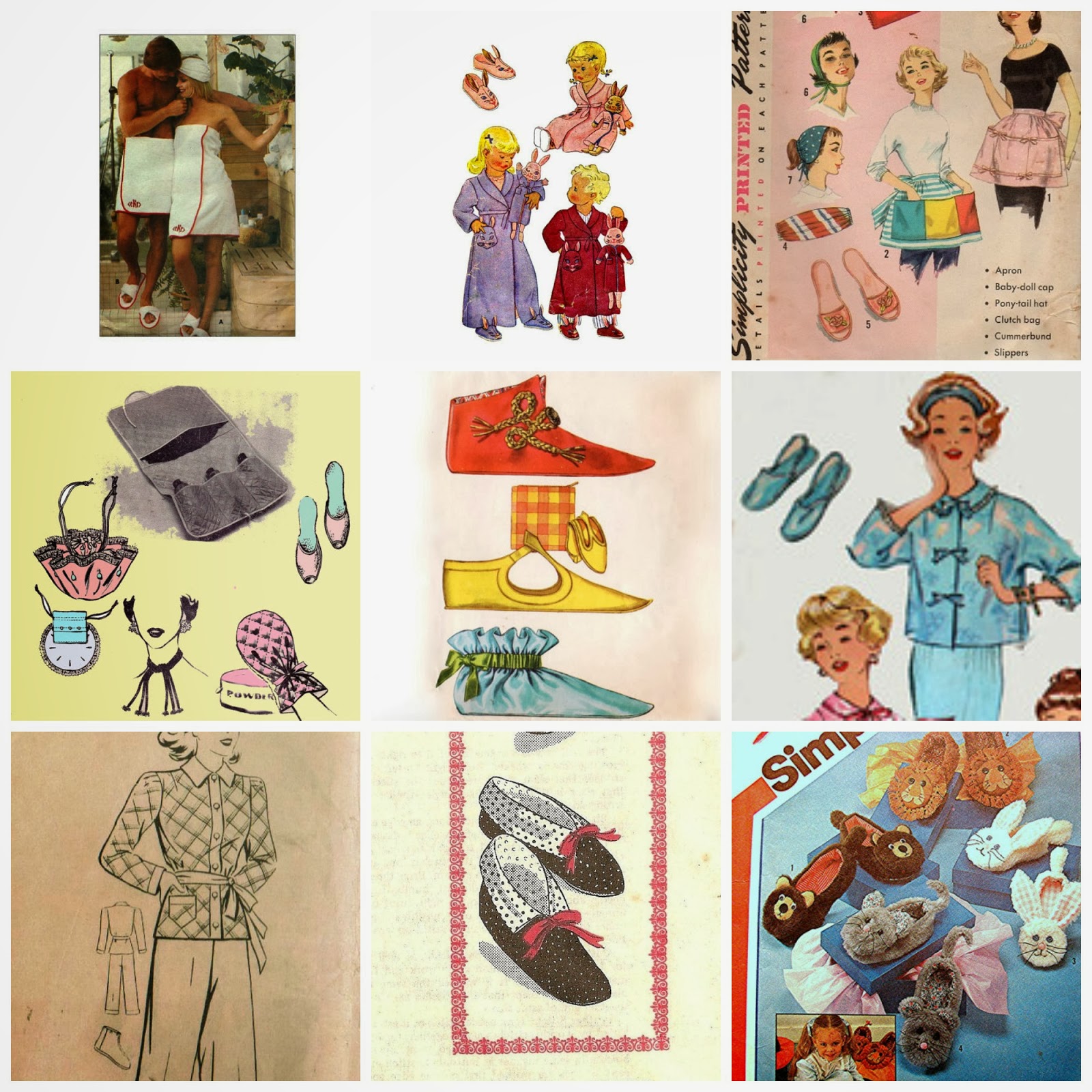 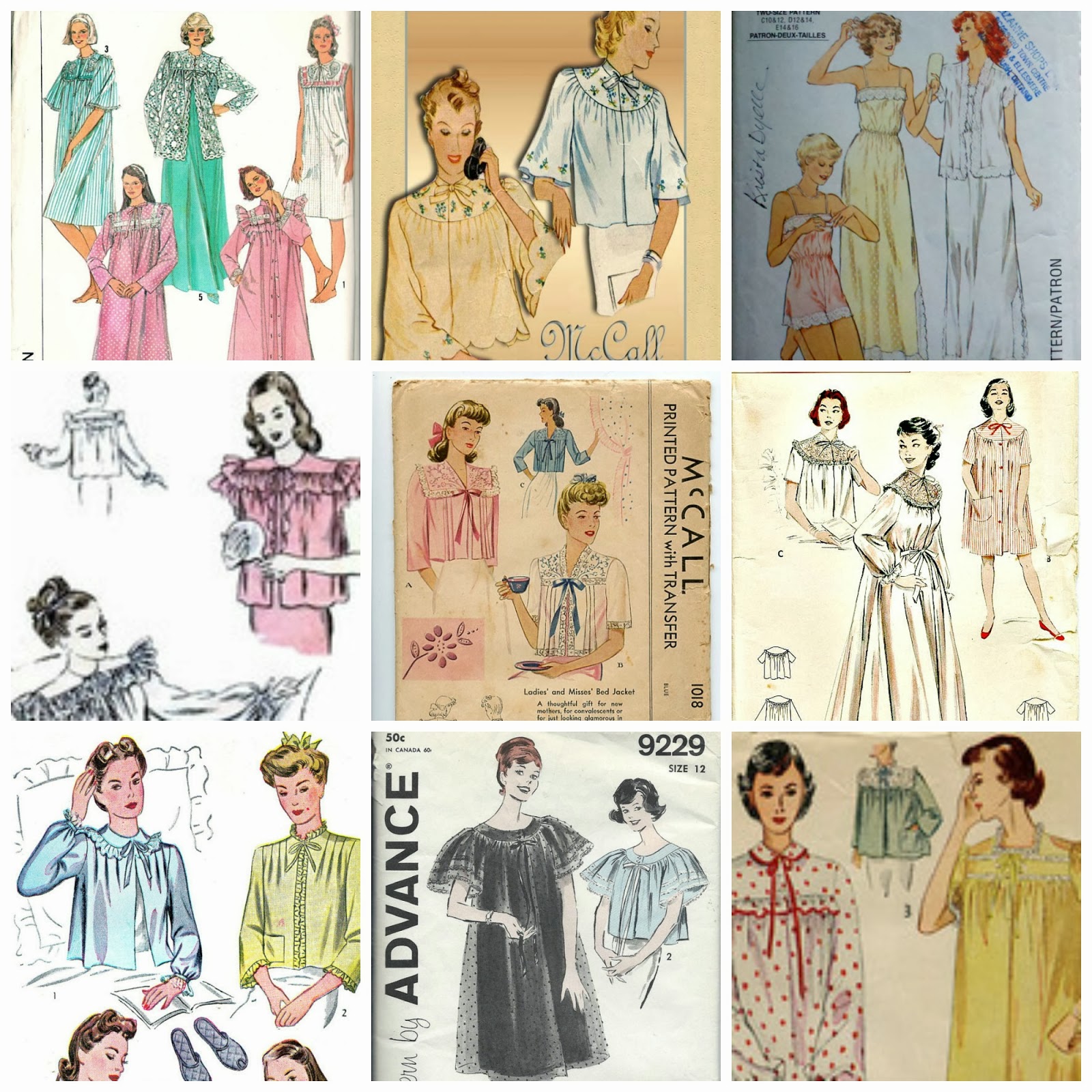 Which slippers and bed jacket would you like to slip on? Tell us in the comments!

I had a birthday sneak up on me and finally got a chance to use this McCall Pattern I've been drooling over for awhile. 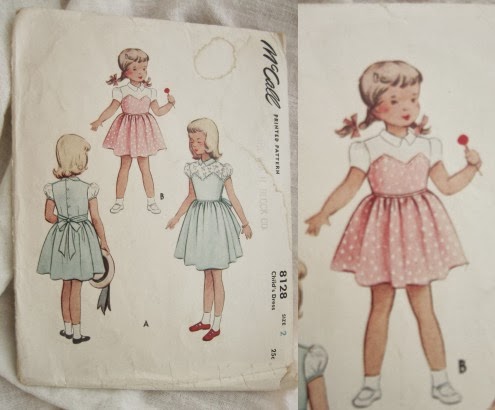 Little girl dresses don't take much time and this was no exception. Even with the fabulous yoke details I was able to finish it well in a day...
This put me on the hunt for other little girl's dress that had fun details like yokes, collars and interesting seaming. I put together a cute treasury of all my finds.
Do you like to sew little girl's dresses? I find it's easier because the pieces are so much smaller and fitting isn't as big of an issue as it is for a full grown woman.
Posted by EmSewCrazy at 6:40 AM 5 comments:

It's so cold for most of us that we decided it was time for another pattern blitz! Be prepared for hundreds of amazing new and vintage patterns to be listed on to Etsy on February 8th. Several shops will be having flash sales for the day and new patterns will be going up as it says "from midnight to midnight"
We are are a group of world wide sellers so hopefully we can find something for everyone!
You can find all the newly listed patterns and a list of shops having a special sales for this event at this link! Happy Shopping and stay warm!
Posted by EmSewCrazy at 6:20 PM 5 comments:

It's freezing here, like everywhere else, :) and I'm dreaming of bygone days when elegant parties were thrown and beautiful dresses were made.

While I find myself wanting one of each, of all these; the reality of life, then and now was, an individual would probably only wear one of these dresses in her entire life. So think carefully... which would you choose?
Posted by EmSewCrazy at 11:42 AM 7 comments: